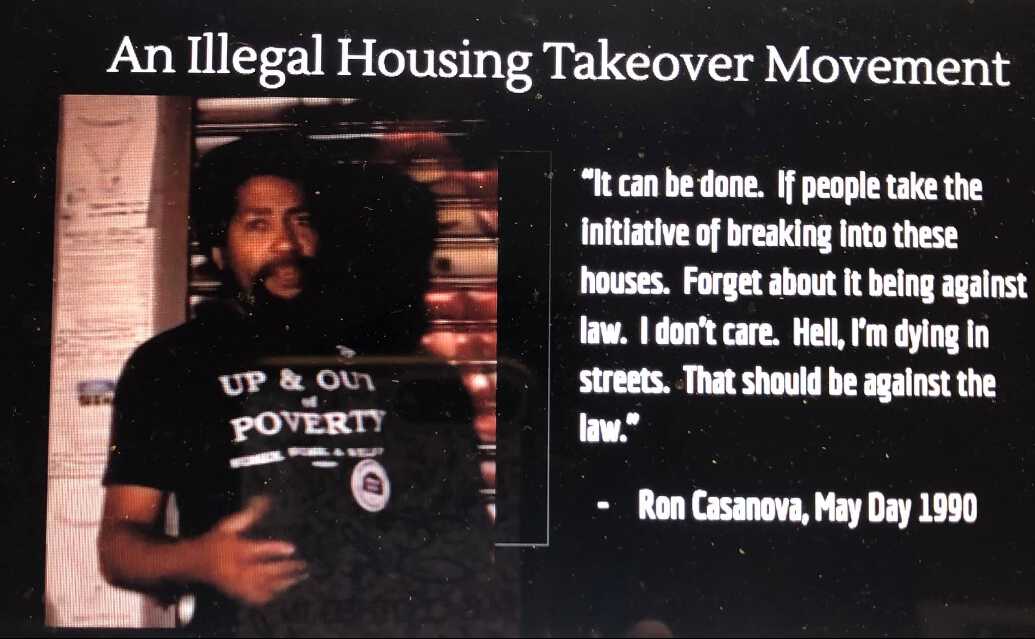 The heart and soul of the National Union of the Homeless is to commit our lives to ending homelessness and poverty and to work tirelessly for the human right to life, liberty, and the pursuit of happiness, for social and economic justice for all. We dedicate ourselves to raising the awareness of our sisters and brothers, to planning a sustained struggle and to building an organization that can obtain freedom through revolutionary perseverance. We pledge to deepen our personal commitment to end all forms of exploitation, racism, sexism, and abuse. True solidarity demands that we create not only the new society, but also the new human being.

History (Who We Are) 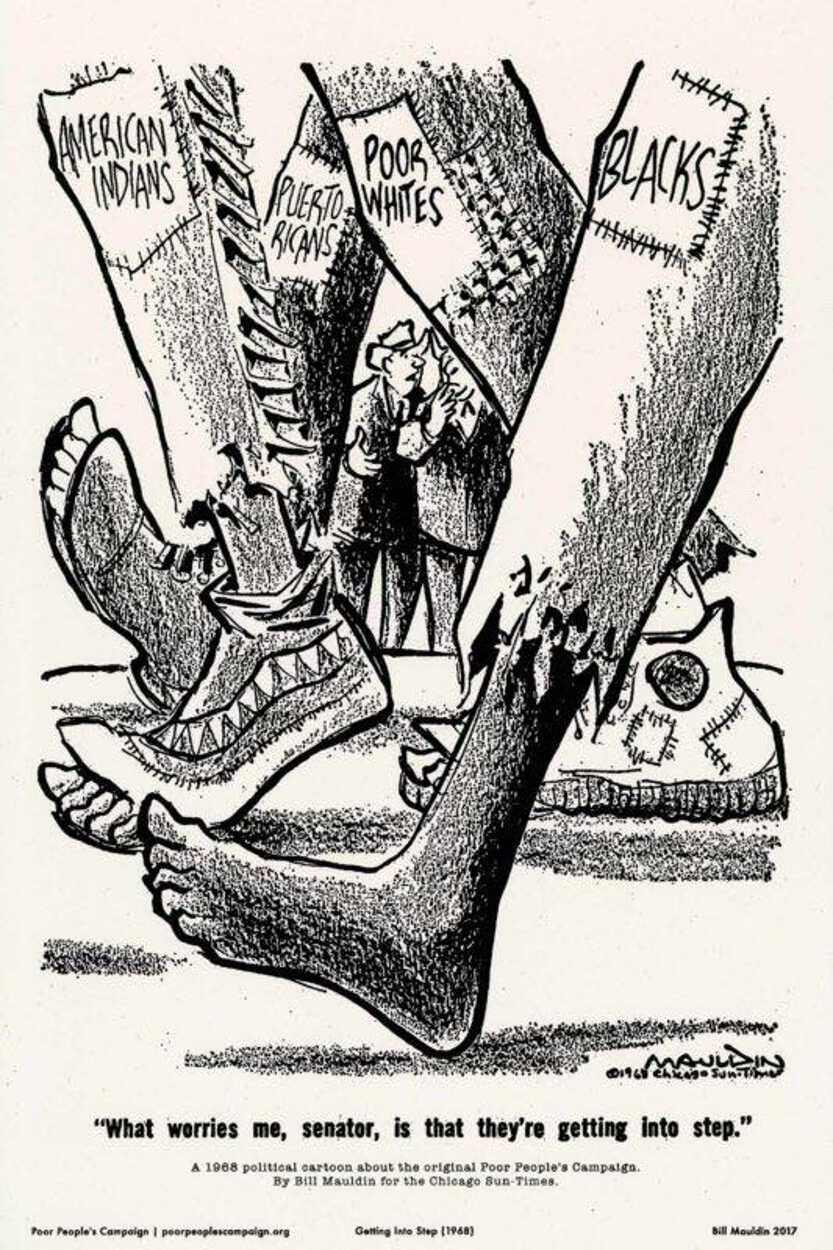 The National Union of the Homeless (NUH) originally formed in the late 1980s and early 1990s in response to shifting economic conditions resulting in mass homelessness of families and former workers across our country. The shelter system that is a central part of the nonprofit industrial complex today formed at this time as well. From the shelters, encampments, and abandoned buildings folks came together to fight, speak out and organize against the very conditions that have made them homeless.

At its height, the National Union of the Homeless (NUH) had 25 local chapters and 35,000 members in cities across the United States. Most importantly, it implemented a model of organizing involving the poor and homeless thinking for themselves, speaking for themselves, fighting for themselves and producing from their ranks capable and creative leaders. This was contrary to the prevailing stereotypes and misconceptions about homelessness. Almost twenty years after the decline of the NUH, its history offers important lessons for building a movement to end poverty today, in the midst of continuing concentration of wealth among a few and expanding poverty for many.

Although the NUH went into decline in the early 1990s, a number of its leaders continued organizing for social and economic human rights. The NUH's mission and methods carried on through other organizations, including the Kairos Center, Poor People's Campaign: A National Call For Moral Revival, the University of the Poor, and many others.

The Re-establishment of the National Union of the Homeless

In June 2019 organizers from across the country gathered in Washington DC at the Poor People's Campaign: A National Call For Moral Revival's Moral Congress. At this gathering a group of close to 100 organizers voted to form the Committee to Reestablish the NUH.

In 2020 the National Union of the Homeless was reborn. The revitalized NUH has established multiple locals throughout 11 states, we held our first Officer's Trainer School Fall 2019 and we continue to grow throughout the country as we uphold the slogans, legacy and practices of the original NUH; such as "You Only Get What You Are Organized To Take!," "Homeless Not Helpless!," and "Housing Now Not Death On The Streets!"

The NUH then and now is made up of members currently and formerly experiencing homelessness as well as organizers understanding this is a fight for the survival of all the poor and dispossessed in our nation. The power the NUH is proof that we can speak for ourselves, think for ourselves, and organize together to lead not just ourselves but the nation in changing the very system that continues to create homelessness every day in this country

Revolutionary Lawyering, Homeless Self-Organizing and Systemic Change: What COVID-19 has taught us and where do we go from here?

On the evening of April 23, 2021, the National Union of the Homeless and the Lawyers Guild Committee on Housing and Homelessness co-hosted a nationwide online gathering to discuss the intersection of law and the frontline struggle for housing during COVID-19 and beyond.

The Revolutionary Life of MLK and PPC, then and now

The National Union of the Homeless and the Nonviolent Medicaid Army, as part of the 2020 NUH Winter Offensive, will host a gathering lifting up the revolutionary work of Rev Dr Martin Luther King as he build the 1968 Poor Peoples Campaign.

Birth of a Movement

In our final Freedom Church of the Poor service of 2020 we continue to focus on reclaiming the Christmas story. We are joined and led again by leaders from the National Union of the Homeless as part of the ongoing Winter Offensive. The struggles and leaders of the poor and dispossessed help reveal the deeper revolutionary power of these stories and this time of year.

As part of the NUH's Winter Offensive we will hold our Annual National Homeless Memorial Day and Condemnation of Mass graves of unnamed poor and homeless men, women, and children in Potters’ fields around the countries and internationally

The National Union of the Homeless and the National Welfare Rights Union, as part of the NUH 2020 Winter Offensive, will host a Human Rights Day Political Education and Panel Discussion Virtual Gathering in celebration of the anniversary of the Universal Declaration of Human Rights. This event will highlight the USA's history of struggle for our basic needs as human rights such as housing, health, a living wage, and an adequate standard of living and our general welfare. The panel will include national organizers from various fronts of struggle discussing their work to unite our class, build our politically independent organization and build this movement led by the poor & dispossessed as a united social force, across all lines of division to end poverty and homelessness NOW.

For more information and to get involved contact: 2020nuh@gmail.com